Always on the road searching for good stories… 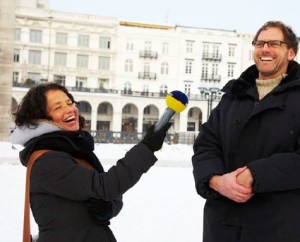 The art of clear thinking

You think you have everything under control? I doubted. Thinking is a complex process. Informations go their own ways and lead sometimes to irrational actions. Even heavily thought-out decicions are influenced by habits, authority-thinking o supposed certainties. The Swiss manager and author Rolf Dobelli wanted to escape the failures of thinking and asked himself: what is the reason which leads us to errors in thinking and lets us repeating failures? After six years of observing the environment of managers and businessmarkets he collected over one hundred thinking failures. But even though – it’s also not easy for him to overcome them.

The victims of Semipalatinsk. The nuclear heritage of the kazakh steppe 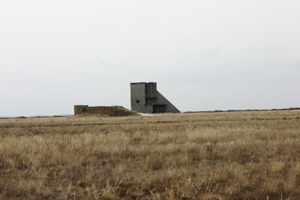 Kazakhstan – the former Soviet Republic between Russia in the north and Kirghizia in the south – applies 19 years after its independance as ideal regarding economic growth. Amongst other because the president of Kazakhstan Nursultan Nazarbaev knows how to sell the raw materials of the central asian state. Enormous amounts of stone coal, oil- and gasfields and the inner political stability motivate the president to a selfconfidence with aninternational claim to leadership. Also in the sector of nuclear disarmament Nazarbaev seems to be a pioneer. Shortly before its descreteness of Kazakhstan – Nazarbaev initiated with a decree from 29 august 1991 the shut down of the soviet nuclear testing site which was dealt in political circles as a brave step.

But while the president takes credits internationally for his achievements, the people who lived in the region where the soviet regime carried out experiments with nuclear weapons for 40 years – on surface and underground – they are left alone with the direct consequences on their bodies and souls. There are these people who have to take the heavy nuclear heritage of the kazakh steppe. A feature about the most secret city of the former Soviet Union and a journey to the victims of the nuclear experiments in the kazakh steppe. 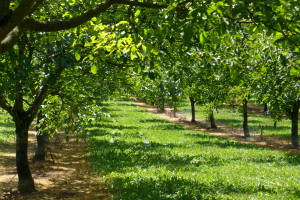 Go for tradition! The walnutharvest in the Perigord-Region of Southern France

The Perigord in the Southwest of France is famous for its Perigord truffles, its duckliverpastry as well as for mushrooms and strawberries. In the gourmet-area also grow walnut-trees since centuries. Its fruits generate a great part of agricultural production and have an enorm variety. The French like to eat their walnuts which are rich of vitamins not only dried. There are also consumed crude and green – processed to liqueur. Early ripes are sold as delicacy and malted to oil handpressed for high-level kitchen. Already in middle-age the Cistericanmonks have pressed oil of walnuts there. The precious fruit served as currency. In the triangle of the departments of Dordogne, Corrèze and Lot recourceful walnut farmers have established a AOC-signet which guaranties the quality, the origin and the traditional way of cultivation walnuts.

Austria is a pure idyll for million of tourists. Mountains, lakes and fun with skis and snow surrounded by plenty of culture as many operas, exhibitions and cultural institutions. But this is only one side of the alp-state. Marion Kraske worked for four years for the magazine “Spiegel” as a correspondent in South-Easteurope and discovered a lot of curiosities and unbelievable things next to the hatred of foreigners: Ah, Austria! Crazy Alp-area.”

Escape of women. Mecklenburg-West-Pomerania suffers of lack of women

Mecklenburg-West-Pomerania is the country with the longest coast to the Baltic Sea of Germany. It has a giant forest area, a vast quantity of rapeseedfields and offers with its lidos and lakes the perfect facilities to relax and recover. Actually a country ideal for living and getting old. Nevertheless – 280-thousand people have left the country since the breakdown of the innerstate border. Especially young women won’t stay and leave steadily after the turnaround. Some regions have lost 30 percent of their women. Five women tell their stories and why regional campaigns do not offer them a home and let them search for their future elsewhere.

Even though the reunification of Germany has taken place quite a while ago – a lot of people locate Mecklenburg-West-Pomerania SOMEWHERE in the East. Who wants to visit the region – for enjoying the coast and swimming or for staying longer – should be prepared for some peculiarities the contact with the natives. Because the “Meck-Pommer” is – as special – as its country. To avoid to drop clangers or to be frustrated and leave the country to early – there ist an operating manual for Mecklenburg-West-Pomerania.

Bruno Langer is a recordflying pilot and nobody knows

Mecklenburg-West-Pomerania is obviously THE country of famous pilots. Otto Lilienthal from Anklam was ambitious and therefore gained a lot of fame worldwide. And another flying pioneer gave glory and honor to the country. But there are very few who know about this hero, because its achievements have been kept silently in a private archive. The hobby-historian Karl Voigt from Rostock grubbed out the pieces of the history of the world-record-pilot and put the puzzle together.

There are many networks which help to extend the circle of aquaintances and which are ideally generate new business contacts. Mostly these contacts do not reach a quality exceeding a nice getting together. With BNI, the network Business Network International, “making deals” is not just an under cover goal but is straight communicated as front goal. After the first foundation of groups of the americain network in southern Germany the idea develops to the north. More and more managers in Bremen and Hamburg discover the quality of making deals in the morning. But at BNI the day begins very early.

Warin is celebrating these days its anniversary as a city. The committee responsible for the program rummaged in the 775 years-history and found a pastor who received in the 16. century a lot of money. 100 guilder they said he received out of a process which took 42 years fought by a special woman: Agneta Willeken influenced by that time the world of men from Hamburg to Mecklenburg.

Bordeaux: A possible candidate for being European Cultural Capital 2013?

Bordeaux is known as a special region for its wines. But the capitol of the region Aquitaine has aside its famous wine-growing districts St. Emilion, Pomerol and Fronsac a lot more to offer. The proximity to the ocean is attractive for tourists. Bordeaux has the titel of the UNESCO-World-Cultural-Heritage and a lot of Germans moved to Bordeaux not only because of the historic heritage and the great philosophers as Charles de Montesquieu, Francois Mauriac and Michel de Montaigne.

Wether dog, cat, guinea pig or budgie: pets are true friends, buddies and companions for years and increasingly for a lot of people more than that: They are partners. Accordingly for more and more people with pets rises the desire to give their animal-friends a human-like funeral when they are dead. The possibility to organise and celebrate those funerals is wide but there are some regulatories to respect. Family Nietfeld in Badbergen has planted a rose garden and offers a variety of possible ways to say good buy to his/her animal friend.

At the Mediterranean Sea – between Provence and the Spanish border – you find right in the middle of the wine producing area Languedoc-Rossillon the cliffed massive “La Clape”. Through times of the Romans the wild hill country site has been an island in the contemporary nature reserve. Today handpicked winegrower cultivate precious wines there. Next to others – also the primary grandnephew of the famous writer and author Antoine de Saint-Exupéry. Just because of this history it is worthwhile a trip to follow this trace.

A Mecklenburger at Airbus in Toulouse

Losing a job at the age of 40 is no bed of roses and a fight on the jobmarket. As Fred Belgardt from Crivitz received the message that he lost the job he did not want to wait to find a job in the region. He tried something new, started another formation to became a technician for aircrafts in the continuation school Parchim. Today he works for Airbus in France and has a perspective.

Reasons for taking off some time out of the daily routine you’ll find pleanty – it doesn’t matter if for recreation, relaxation or culture. Some may even connect the trip to Southern France also for looking for a place to stay. The German film makers Carolin and Justin Stauber fell in love with the country of the Cathar and decided to rebuild an old wine-growing-estate Chateau-de-Massignan and to rent apartments 30 km northwest of Narbonne in a small cosy village St. Marcel sur Aude. Guests are welcomed there with specialities of the region and of course special sortes of wine. Aside to the tourist paths there is a lot original and traditional to discover.